“This flag is of Indian Independence! Behold, it is born! It has been made sacred by the blood of young Indians who sacrificed their lives. I call upon you, gentlemen to rise and salute this flag of Indian Independence. In the name of this flag, I appeal to lovers of freedom all over the world to support this flag.” –  Madame Bhikhaiji Rustom Cama

Who designed the Indian flag? This is a perennial question.

The first Indian national flag hoisted on August 7, 1906, in the Parsee Bagan Square (Green Park) in Calcutta, had three horizontal stripes of red, yellow and green. The red stripe at the top had eight white lotuses in a row representing eight provinces and flowers represented princely states. The yellow stripe had the words Vande Mataram inscribed in deep blue in Devanagari script which meant “Salutation to Mother India”. The green stripe had a white sun on the left and a white crescent and star on the right indicating Hindu and Muslim faiths.

In 1907, Madame Bhikhaiji Rustom Cama and her group of exiled revolutionaries hoisted the second Indian national flag in Paris.

Bhikhaiji Rustom Cama was born on September 24,1861 into a large, affluent Parsi family in Bombay (now Mumbai). Her father Sorabji Framji Patel – a lawyer by training and a merchant by profession – was an influential member of the Parsi community.

She was a diligent, disciplined child with a flair for languages attended Alexandra Native Girl’s English Institution.

On August 3, 1885, Bhikhaiji married Rustom K.R. Cama, a wealthy lawyer who aspired to enter politics. Her marriage was not a happy one because she and her husband were ideologically poles apart. He adored the British and loved their culture, whereas she believed that British fleeced India and practiced the worst form of imperialism.

She devoted most of her time in social work and philanthropic activities. 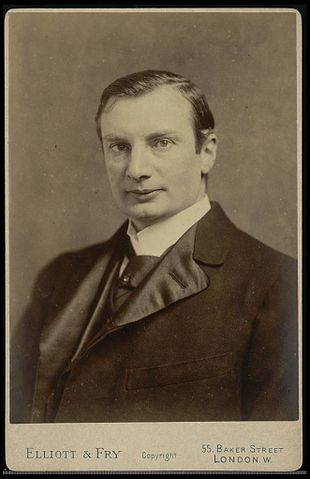 Waldemar Mordecai Wolff Haffkine, born on March 15, 1860 in Odessa, Russia Empire, was a Jewish bacteriologist. His career came to and end in Russia when he refused to convert to Russian Orthodoxy. He emigrated and worked at the Pasteur Institute in Paris, where he developed an anti-cholera vaccine that he tried out successfully in India.

In October 1896, an epidemic of bubonic plague struck the Bombay Presidency and the government asked Haffkine to help. He worked on a vaccine in a makeshift laboratory in a corridor of Grant Medical College, Bombay. During the three months of persistent work one of his assistants experienced a nervous breakdown, two others quit. However, on January 10, 1897, Haffkine came up with a vaccine for human trials and tested it on himself.

Bhikhaiji joined one of the many teams working out of Grant Medical College, to care for the afflicted. Subsequently, she contracted the plague herself, but survived.

Severely weakened, she went to London in 1902 for medical care. There she met Shyamji Krishna Varma, well-known in London’s Indian community for his fiery nationalist speeches he gave in Hyde Park. Through him, Bhikhaiji came to know Dadabhai Naoroji, president of the British Committee of the Indian National Congress, and worked as his private secretary. In February 1905, together with Dadabhai Naoroji and Singh Rewabhai Rana, Bhikhaiji supported the founding of Varma’s Indian Home Rule Society.

While in London, the British government warned Bhikhaiji that she would be prevented from returning to India unless she signed a statement promising not to take part in nationalist activities. She refused and relocated to Paris, where together with Singh Rewabhai Rana and Munchershah Burjorji Godrej, she co-founded the Paris Indian Society.

Together with other notable members of the movement for Indian sovereignty living in exile in Holland and Switzerland, Bhikhaiji wrote, published and distributed revolutionary literature for the movement, including Bande Mataram launched in response to the ban on the poem Vande Mataram by the British, and later Madan’s Talwar launched after the execution of Madan Lal Dhingra who assassinated William Hutt Curzon Wyllie, an aide to the Secretary of State for India. These publications outlawed in Britain and India, were smuggled into India through the French colony of Pondicherry.

On August 22, 1907, Bhikhaiji Cama attended the International Socialist Conference in Stuttgart, Germany, where she described the devastating effects of a famine that had struck the Indian subcontinent. In her appeal for human rights, equality and for autonomy from Great Britain, she unfurled what she called the “Flag of Indian Independence” and said:

This flag was a modified version of the Calcutta Flag, except that the top strip had only one lotus and seven stars depicting the Saptarishi. It was co-designed by Vinayak Damodar Savarkar and Shyamji Krishna Varma.

Later this flag served as one of the templates for creating the present national flag of India.

In 1914 when World War I broke out, France and Britain became allies. This prompted all the members of Paris India Society except Bhikhaiji and Singh Rewabhai Rana left France. A fellow-socialist Jean Longuet advised her to go to Spain with the Indian nationalist, M.P.T. Acharya, a key member of India House, and one of the founding members of the Communist Party of India. However, she preferred to stay in France.

In October 1914, the French government arrested Bhikhaiji and Rana when they tried to agitate among Punjab Regiment troops that had just arrived in Marseilles on their way to the front, and ordered them to leave Marseilles. Bhikhaiji moved to Rana’s wife’s house in Arcachon, near Bordeaux. In January 1915, the French government deported Rana and his whole family to the Caribbean island of Martinique, and interned Bhikhaiji at Vichy. Released in November 1917 due to deteriorating health the government permitted her to return to Bordeaux and ordered her to report weekly to the local police. At the end of World War I she returned to her home at 25, Rue de Ponthieu in Paris.

Bhikhaiji remained in exile in Europe until 1935. Earlier that year she suffered a stroke. Paralyzed and gravely ill, she petitioned the British government on June 24, 1935, through Sir Cowasji Jehangir to allow her to return home. She acceded to the order that she renounce seditionist activities. Accompanied by Cowasji Jehangir, she arrived in Bombay in November 1935. Nine months later, on August 13, 1936, she died at Parsi General Hospital aged 74. 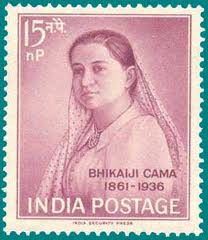