Against the backdrop of the arrest of Sergei Shutov, a director of Zio-Podolsk, a subsidiary of Rosatom, on charges of corruption, fraud and supplying cheap Ukrainian steel blanks and steam generators in nuclear reactors, former chairman of Atomic Energy Regulatory Board Dr A Gopalakrishnan has demanded an immediate investigation into the safety of the Kudankulam Nuclear Power Plant in India as it was Podolsk that had supplied components for the reactor.

He demanded constitution of an independent body of nuclear engineering specialists to ascertain the KNPP’s safety.

This is the first time in the history of the Indian nuclear establishment, a former chief regulator, who is respected all over the nuclear world for his no-nonsense approach, has questioned the claims of the Government that the plant is foolproof and “greener than even green”.

Gopalakrishnan, a nuclear power engineer with more than five decades of experience, said nothing was right with the 1,000 MW reactor built with Russian assistance. “The inordinate delay in the commissioning of the plant and the silence of the country’s nuclear regulator, Atomic Energy Regulatory Board, has substantiated our doubts about the safety and security of the plant,” said the country’s former chief nuclear regulator.

Addressing the delegates of the all-India convention on “approach to the power question in the country”, organised jointly by People’s Committee for Safe Energy (PECOSE, promoted by the Lefts) and Breakthrough Science Society, Gopalakrishnan, said the silence maintained by both the Department of Atomic Energy and Atomic Energy Regulatory Board, was disgusting and dubious. “The AERB chairman should have been here to address the doubts in our minds. But they are avoiding the people,” he thundered.

He said there were many corruption charges. “Remember, these charges were made by the investigating agency in Russia, their equivalent of India’s CBI. There are charges that inferior quality materials have gone into the crucial components of the reactor being built at Kudankulam.

These are not allegations raised by journalists or social activists. The Russian Government itself had declared the other day about the arrest of Shutov, director of Zio-Podolsk, a Rosatom subsidiary, which supplied the KNPP reactor,” said Dr Gopalakrishnan.

Shutov was arrested on charges of corruption, fraud and for supplying cheap Ukrainian steel blanks and steam generators in nuclear reactors built by Rosatom. “The scope of this scandal could reach every reactor built and supplied by Russia over the past several years. This demands immediate investigation,” a spokesman of Russian security service had told the country’s media.

Gopalakrishnan pointed out that the initial agreement for building the nuclear plant was signed between India and the then USSR in 1988. By 1991 the USSR disintegrated. “The subsidiary units which were supplying the components for the Russian nuclear establishment too fell into undesirable hands. The arrest of the Zio-Podolsk executive in connection with the distribution of cheap and fraudulent materials to reactors is shocking because the same company had supplied components to the nuclear reactor at Kudankulam. Let the Russian authorities themselves come here, examine the entire components and certify that they are of good quality,” Gopalakrishnan said.

He described the claims of YN Dudkin, head of the Russian Specialists Group, that the Kudankulam reactors were the safest in the world as a ploy to hoodwink the people as well as the Centre. “It is the claim of a salesman. We want an official assurance from the Russian Atomic Energy Regulator. Then let’s constitute a body of independent nuclear engineering specialists and have a discussion on the thorny issues. The reactor should be cleared only after these formalities,” he said.

Dudkin had claimed that two Russian reactors, each of 1,000 MW are functioning normally in China. “Do you know that the Chinese are examining the entire reactor components following the arrest of the Zio-Podolsk executive,” said Gopalakrishnan.

The former AERB chairman was highly critical of the stance of APJ Abdul Kalam, former President, who declared the plant safer after a two-hour whirlwind tour in Kudankulam. “Who authorised Kalam to make such a statement? He is only a missile engineer and does not know anything about nuclear energy. How can such a person make a statement like that?” asked Gopalakrishnan.

According to Gopalakrishnan, more than the energy requirements of the country, what weighed in the minds of the people who lead the UPA Government was personal gains. “They have thrown to winds the well thought out Indian nuclear plan conceived and developed by Dr Homi J Bhabha and Dr Vikram Sarabhai. Dr Bhabha and Dr Sarabhai wanted India to be free from the shackles of the western world which controls the uranium reserve of the world. The Bhabha Plan was to build a network of nuclear reactors to harness the vast thorium reserve of the country. But we will never reach a stage where we can make use of the Thorium reserves if we import of nuclear reactors,” he said.

Gopalakrishnan pointed out that it is humanly impossible to meet 40 or 50 per cent of the country’s energy needs through nuclear power. “You require hundreds of reactors. Do we have the space for that? Remember that all the reactors we are planning to import run on enriched uranium. We do not have uranium resources. The companies selling these reactors to us will give fuel for two years which will be renewed subject to their satisfaction about our conduct. Our nuclear sovereignty has been surrendered to the western powers by the Manmohan Singh Government,” charged Gopalakrishnan. 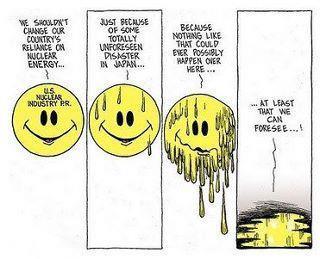