Human rights activist and Team Anna core member Prashanth Bhushan is a Senior Supreme Court lawyer practicing in Delhi and a social activist. He is the son of lawyer and former Law Minister of India Shanti Bhushan.

I visited Koodankulam yesterday to meet the people fighting against the nuclear power plant to see for myself what is happening there. It was very impressive and inspiring to see the discipline and determination of the thousands of people, particularly women and children who were sitting at the dharna site at Idinthakarai.

It is unfortunate and condemnable that the govt. and the local police administrators have arrested hundreds of these protestors and instituted hundreds of cases against them, making absurd charges of sedition, naxalism etc against these peaceful protestors.

Nuclear power is the most expensive way of generating electricity apart from being extremely hazardous, as has been pointed out by a number of independent experts such as Dr.E.A.S.Sharma (former power secretary), Dr. A.Gopalakrishnan (former Chairman, AERB) among others. Apart from the risk of a catastrophic accident as happened in Chernobyl and Fukushima which renders tens of thousands of square kilometers land uninhabitable and uncultivable, there are very serious problems of storage of spent fuel and safety of the nuclear fuel.

That is why most countries of the world, especially developed countries have abandoned nuclear energy and are phasing out their existing plants. Japan has shut down all except one of their nuclear reactors after Fukushima which were generating 34% of their electricity.

Yet, strangely India is embarked on a massive expansion of nuclear power, going to the extent of seeking to import plants like Jaitapur which are untested and will cost 2 lakh Crores (for a 10000 MW plant) which makes it more expensive than even solar or wind energy. It is being done for the benefit of foreign nuclear power plant manufacturing corporations at the behest of their governments? In the absence of any transparency in these deals will the people not be justified in suspecting that kickbacks are motivating these decisions?

In the case of Koodankulam, there are several additional problems which make the site unsuitable for setting up a nuclear plant. An independent expert committee has pointed out that there is considerable scientific evidence of volcanic activity in this area and it is also an earthquake prone zone which can have a Tsunami as well. There are several populous villages in the immediate vicinity as well as a colony recently established by the government for rehabilitating the Tsunami victims. Also, most ominously, the NPCIL has not complied with the AERB’s condition that the plant should have a secure source of fresh water and storage for 60 days requirement of fresh water for cooling the fuel rods.

The project was given environmental approval many years ago without any public hearing and without considering these serious issues. All this becomes even more serious in the absence of setting up of an independent regulatory body for nuclear energy. The AERB continues to function as a department of the Atomic Energy Commission. Even the 3 prior safety audits of existing plants conducted by the AERB in ’79, ’86 and ’95 which pointed out serious problems of safety with the existing plants have not been put out in the public domain despite the Prime Minister’s promises.

The Koodankulam protestors are therefore fully justified in agitating against the plant. It is imperative that the government respects their sentiments and fears and immediately suspends work at the plant. It must constitute a credible independent expert committee to examine all the safety issues which have been raised, in a transparent manner with public hearings and not resume work on the plant till all safety issues have been credibly addressed. All the arrested agitators must be released and the cases against them withdrawn. All plans of setting up new nuclear plants must be suspended till an independent safety regulator is set up and safety audits of all existing plants and proposed plants is conducted in a transparent manner. 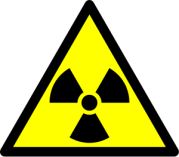