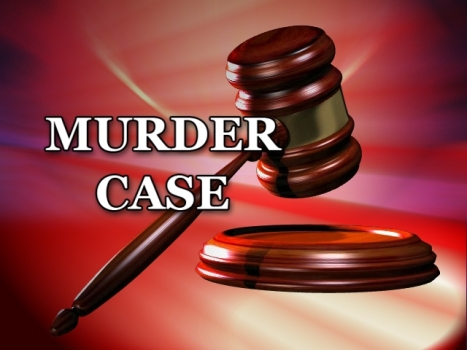 Two days ago, on December 4, 2013, I posted an article titled “Murders Most Foul in Coimbatore” about a missing 45-year-old woman named Ammasi from Sivananda Colony, Coimbatore.

It is alleged that Ammasi’s legal counsel E.T. Rajavel and his associates Palanisamy and Ponraj alias Ponnarasu murdered Ammasi on December 11, 2011, to fake the death of his wife Mohana, involved in a multi-crore financial fraud. Ammasi’s body was cremated in the morning of the following day at the Athupalam crematorium as Mohana’s body.

On November 30, 2013 a Police investigation revealed that lawyer Rajavel was behind the murder of his client Ammasi with the intention to usurp her property.

Mohana the ‘scammer’ and her lawyer husband Rajavel ‘the cheat’ were on the run after killing Ammasi.

Ammasi’s daughter 29-year-old Sakunthala lodged a complaint with the city police on December 3, 2013, seeking action against all involved in the murder of her mother.

On December 1, 2013, the couple moved into a hotel in Egmore, Chennai, and later they moved to another hotel in T. Nagar. On December 3, the couple left their vehicle at that hotel, hired a taxi to travel to Kovalam in Thiruvananthapuram.

The police arrested one of Rajavel’s associates who came to the hotel to fetch Rajavel’s car. From him the police got mobile number of the taxi driver who took Rajavel and his wife to Kovalam.

“Immediately, we called up the driver and informed him that the couple travelling in his car were wanted in some cases in Coimbatore. Sensing that the driver had been alerted, the couple got down from the taxi and tried to escape in an auto. As the couple did not pay the driver, he chased them, and that was when the Kerala police caught the couple.”

Ammasi’s daughter 29-year-old Sakunthala appealed to the advocates in Coimbatore to refrain from appearing on behalf of the corrupt lawyer Rajavel, who together with his associates murdered her mother.

The conduct of lawyer Rajavel, who faked the death of his wife, is considered by his fellow advocates, as a slur to the legal camaraderie.

“We felt pained as he misused this noble profession and brought a bad name to the entire legal community. At a time when the public has begun to raise doubts over the integrity of lawyers, it is unfortunate that ‘black sheep’ like him exists in our profession.”

Traditionally, an advocate who violates the legal ethics of the profession is extirpated from the membership of the Bar Council of Tamil Nadu and Puducherry. Mr. M. Loganathan, secretary, Coimbatore Bar Association (CBA) said:

“Removal from practice by the Bar Council will be done only after a detailed inquiry by a disciplinary committee of the council. However, any case of violation of ‘legal ethics’ will be taken up for consideration only when the accused lawyer is convicted.”

Now, the Police suspect that lawyer E.T. Rajavel and his associates may have been involved in yet another murder.

The police in Orissa and Tamilnadu, in India, are on the lookout for a woman named Mohana, involved in five cheating cases in Orissa. She has swindled around 12 crore rupees from depositors through a scam perpetrated by her Rightmax Technotrade India International group of companies. She is the wife of lawyer E.T. Rajavel (44), from Kurichi Housing Unit phase II in SIDCO, Coimbatore.

Two years ago, in December 2011, Ammasi, a 45-year-old woman from Sivananda Colony, Coimbatore, went missing. On December 19, 2011, Sakunthala, the daughter of the missing woman, filed a complaint with the Rathinapuri police about her missing mother. After some time, she and her relatives gave up their search for the missing woman assuming Amassi had left her home of her own accord for some reason or other.

On December 10, 2011, Ammasi, had approached her lawyer Rajavel for legal help, to get her share of the property of her late husband. Rajavel then asked her to meet him at his office near the court complex on the Huzur Road, Gopalapuram, Coimbatore, for discussion.

On the following day (December 11, 2011), lawyer Rajavel brought home the body of his dead wife Mohana who had gone out of the city a few days ago. The following morning (December 12, 2011), Mohana’s body was cremated at the Attupalam electric crematorium.

After obtaining his wife’s death certificate from the Coimbatore Corporation, Rajavel submitted it to the Orissa police hoping they would close the cases against his wife.

Fate now intervened in the form of an ongoing police investigation.

Three and a half years ago, on April 18, 2010, R. Manivel (47), a Coimbatore-based realtor, undergoing treatment for HIV+ infection went missing, and a complaint of ‘man missing ‘ was filed on May 20, 2010. Manivel from Nanjundapuram road near Ramanathapuram in the city, thought to be a bachelor, was living alone and was planning to sell 26.5 cents along Nanjundapuram Road that belonged to him.

After the disappearance of Manivel, the land which came under the Peelamedu sub-registrar was sold on October 27, 2010, to a person named Muthamizh through the Sulur Sub-Registrar office. A four-cent plot in Sulur was also tagged along with the 26.5 cents land by manipulating the technicality in the rules of the registration department. Murugan alias Saddam Hussein, the elder brother of Muthamizh, impersonated Manivel to register the sale deed of the land.

The copy of the sale document bore the signature of Manivel in Tamil, and in the attached photograph Manivel looked different from the person who appeared before the registrar. Manivels’s bank passbook submitted as identity proof showed that the bank account was opened on May 7, 2010 whereas Manivel went missing on April 18, 2010.

The investigating team also found that Chandrabose had approached a city court staking his claim over a 98-cent land belonging to a woman named Visalaksh. He claimed that he was the foster son of Visalakshi and as she did not have any issue was the sole legal heir to her property. A few years ago, the woman too went missing and since then nobody had seen her. The police suspect that the disappearance of Visalakshi has similarity to Manivel’s case. Chandrabose’s demand for rights over the missing woman’s property has strengthened their suspicion.

Subsequently, the police inquiry revealed that Manivel was strangled to death in a factory owned by a person named Sakthivel (35) and the body was buried at Kuppepalayam by Sakthivel, Muthamizh, Chandrabose, and Santhosh Kumar. The police also discovered that Muthamizh, Murugan, Sakthivel, and another person named Saravanan were involved in the property transaction and the buyer Muthamizh had disposed all his properties in Coimbatore and had left for Chennai.

Sakthivel, Murugan, Chandrabose, and Santhosh Kumar were arrested by the Coimbatore Police and the key accused Muthamizh surrendered at a Chennai court.

Investigations by the police revealed that Mohana in whose name Manivel’s property was registered, and her husband – lawyer E.T. Rajavel who had appeared for Chandrabose, had a role in the murder. An undisclosed source told the police that lawyer Rajavel was a cheat for he had faked his wife’s death. When pressed, the source told the police that Rajavel had brought the body of a dead woman one night saying it was his wife and cremated the body early the next morning.

This is what really transpired on December 11, 2011. When Ammasi came to lawyer Rajavel’s office at Huzur Road, Gopalapuram, the lawyer, his driver Palanisamy and a friend Ponnarasu strangled her with a saree and electric wire.

They then took the dead body to the lawyer’s house and enacted a drama that Mohana had died. Rajavel wailed over the body through the night and cremated the body next morning at the Attupalam electric crematorium.

Also, the police heard rumours that Mohana was still alive – an ex-neighbour of Rajavel had seen Mohana at a wedding.

Rajavel found it difficult to sell the property misappropriated from Manivel that was registered in his wife’s name. In April 2013, Rajavel and his wife moved a city court to cancel the death certificate after declaring that she was alive and wanted to remove Mohana’s name from the death registry of the Corporation.

On Tuesday (December 3, 2013), Ammasi’s daughter Sakunthala lodged a complaint with the city police seeking action against all involved in the murder of her mother.

Now, Mohana the ‘scammer’ and her lawyer husband Rajavel ‘the cheat’ are on the run for killing Ammasi. Sources said that police were taking steps to ensure that they do not escape the country.