Watching the Red Super Full Moon at the end of the Lunar Eclipse from my home in Jalladampet, Chennai, India.

I took these photos with my iPhone. The cloudy sky was obscuring the moon like a transparent veil.

When I looked at the moon at 7:05 pm, it looked a bit larger with a reddish glow.

It is called a Super Moon because the full moon is closer to Earth, looking bigger and more luminous than normal. The last time this lunar phenomenon happened was in 1982. The next blue moon lunar eclipse during a  Super Moon will not happen again until 2037. 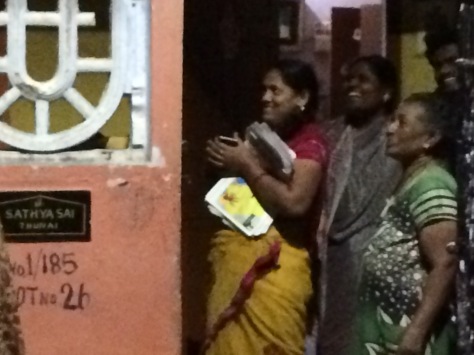 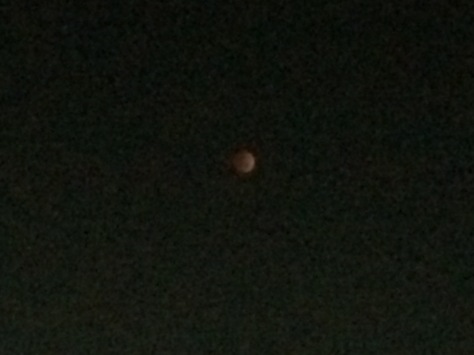 Here is a photo of the Red Moon taken by another person.

Red Moon during the Lunar Eclipse.