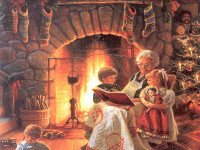 The European Parliament’s Committee on Women’s Rights and Gender Equality prepared a report that calls for a ban of all books that show the traditional family where the father is the breadwinner and the mother takes care of the children in schools and day care centers of Europe. According to the authors, these books are bad for the future life of children, especially girls, and promote wrong behavioral patterns. In the future, it may prevent them from building a career.

Feminists are concerned that children from an early age are constantly faced with “negative gender stereotypes” in television shows and commercials. The word “negative” in the report is synonymous with the word “traditional”. Over time, the ban would be extended to television and advertising. So far it was decided to start with books.

The authors of the report strongly recommend urgent legislative measures in the field of children’s literature. In particular, they suggest introducing a policy of “equality of all social sectors.” An example of alternative children’s literature is a book “King and King” with kissing men on the cover. According to the report, this would help children to learn about the “true sexual diversity of society.”

In fact, such measures have already been taken in some countries, particularly in Scandinavian ones that consider themselves the vanguard of Western democracy. “Pravda.Ru” once reported about a Swedish toy manufacturer that issued a catalog before Christmas where girls were pictured shooting imaginary enemies with laser guns, and boys were depicted playing with dolls.

This was a requirement of the Swedish advertising regulator who accused the toy manufacturer of sexism and imposition of negative gender stereotypes. Norwegian kindergartens in 2010 introduced a program of compulsory sex education focusing on sexual minorities.

The report of the European Parliament also insisted that “homosexuality should be taught in kindergarten as a form of experience and knowledge.” According to them, this will expand the concept of “gender identity” for children. “Sexual diversity should be obvious to children. Children need to know that this is normal when your parents are gay or lesbian.”

For some reason, not all parents are willing to believe that this is “normal.” In Norway Muslim community strongly opposed such education in kindergartens. They threatened to withdraw their children from such institutions or create an alternative.

He was commenting on a statement recently issued by an expert from the organization Save the Children, who expressed concern about the fact that increasingly more children and teenagers were addicted to watching pornographic sites on the Internet.

Anders Lindskog is convinced that there is no addiction or harm from this. “It’s important for parents to understand that children are born with sexuality and follow their biology. Children have the same feelings as adults,” said the expert.

After that, should we be surprised that the number of cases of pedophilia is growing in Norway? They mostly occur within the family. A few days ago, newspapers wrote about another such case. A couple, a husband and wife, subjected their three children under 10 years of age to violence and sexual perversions for years.

The children confirmed the violence to the police. But that does not mean that the punishment will be sufficiently severe. In Norway, pedophilia is considered a disease and is listed in the Medical Register. For this reason, pedophiles are given short sentences – from several months to several years. In some cases punishment could be limited to penalty only. In the end, parents can always say that they practiced “diversity of sexual relations.”

Read the original in Russian