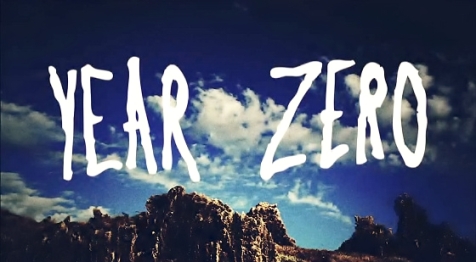 Do you know that year zero does not exist in the Anno Domini system of our present Gregorian calendar and in its predecessor, the Julian calendar?

In 525 AD, Dionysius Exiguus (c.470-c.544), a 6th-century monk born in Scythia Minor, modern Dobruja shared by Romania and Bulgaria, introduced the Anno Domini (AD) era used to number the years of both the Gregorian calendar and the (Christianized) Julian calendar.

According to his friend and fellow-student, Cassiodorus (De divinis Lectionibus, c. xxiii), though by birth a Scythian, Dionysius was in character a true Roman and a thorough Catholic, an accomplished Scripturist, learned in both Greek and Latin.

Dionysius introduced the Anno Domini era to identify the several Easters in his Easter table; however, he did not use it to date any historical event. Before he devised his Easter table, Julian calendar years were identified by naming the consuls who held office that year. In the preface to his Easter table, Dionysius stated that the “present year” was “the consulship of Probus Junior [Flavius Anicius Probus Iunior]” which was also 525 years “since the incarnation of our Lord Jesus Christ.” No one knows how he arrived at that number, but there is evidence of the system he applied.

Dionysius invented the Anno Domini system of numbering years to replace the Diocletian era, based on the accession of Emperor Diocletian, that was in vogue and used in an old Easter table because he did not wish to continue the memory of a tyrant who persecuted Christians.

The Anno Domini era became dominant in Western Europe only after the English monk Venerable Bede used it to date the events in his “Ecclesiastical History of the English People,” which he completed in 731 AD.

In the Gregorian calendar system that we use now, the year 1 AD follows 1 BC without an intervening year zero. So, the year zero does not exist. Thus the year 2013 actually signifies “the 2013th year.” The absence of a year numbered 0 leads to some confusion concerning the boundaries of other decimal intervals, such as decades and centuries. However, in all Buddhist and Hindu calendars as well as in astronomical year numbering there is a “year zero” that coincides with the Julian year 1 BC, and in ISO 8601:2004 where it coincides with the Gregorian year 1 BC.

This anomaly arose because the Gregorian calendar begins with a year 1 instead of 0. Cardinal and ordinal numbering of years is, therefore same:

Despite this rule, years ending in 0, and not 1, are commonly perceived as marking the beginning of a new decade, century, or millennium. Decades, however, are more used as a collective term such as “the 1930s” and not a periodic term such as “1930-1939”.

By the way, could we attribute the absence of year zero to the fact that Indian mathematician and astronomer Brahmagupta’s numeral for zero (0) did not reach Europe until the eleventh century, and Roman numerals had no symbol for zero?