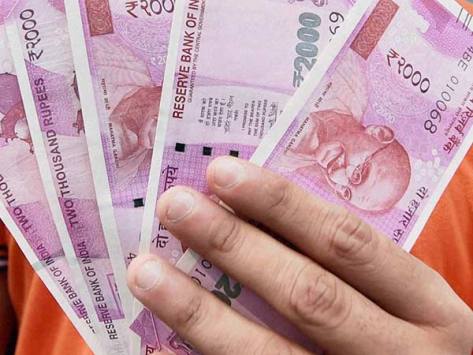 Twitter is buzzing with the news that the new ₹2,000 note had an error on it and some websites too reported that the so-called ‘error’ is on the back side of the note.

If you have the new ₹2,000 with you now, you will see the value of the currency written in 15 languages on the back side of the note.

But why does it appear twice on the note?

So the Devanagari script is used five times on the note, to write in five different languages, hence the confusion.

A week ago I received the following email which obviously is a scam.

This is the prelude message sent by a confidence trickster that asks for Personally identifiable information, similar to the Ontario Lottery and Gaming Corporation scam.

If you receive any similar letter I recommend you to ignore it and desist from replying, however tempting the “pay out” amount might be.

This message is intended for the exclusive use of the person(s) mentioned as recipient(s) and may contain personal and/or confidential information. If you have received this message in error, please notify the sender and delete this message from your system immediately. Directly or indirectly copying, disclosing, distributing, printing, publicising and/or in any way using this message or any part thereof by any means is strictly prohibited if you are not the intended recipient(s).