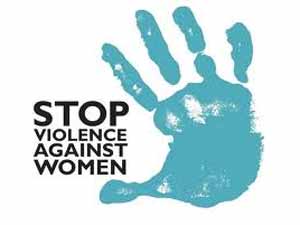 A shameful incident happened in Bengaluru, Karnataka, India on March 12, 2015.

Ms. Nivedita Chakraborty, a Program Manager at NetApp, posted on her Facebook page the details with related photographs.

On their way to their office Nivedita Chakraborty and Archana Sharad were “shocked to see a girl aged about 25 being beaten black and blue by a strong, well-built man, with at least 50 people standing on the street and simply watching.“

The man, grabbing the girl by her hair, slapped her. When she fell down on the road, he kicked her groin. 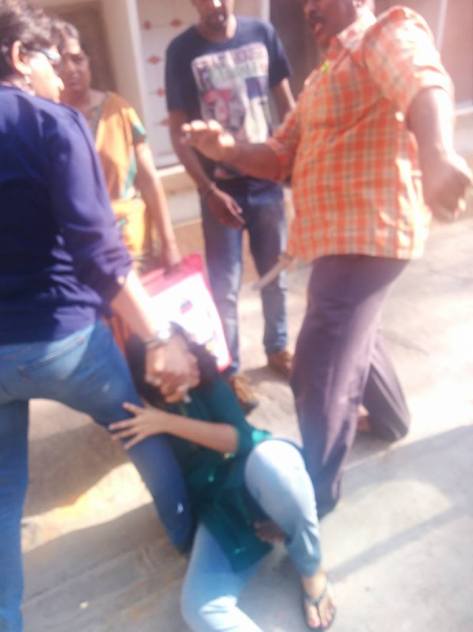 Nivedita and Archana rushed out of their car. Archana pushed the man back in an attempt to loosen his grip on the girl while Nivedita tried to free the girl’s hair from his clutches. Once they freed the girl, the two brave women along with the rescued girl sought refuge inside their car. 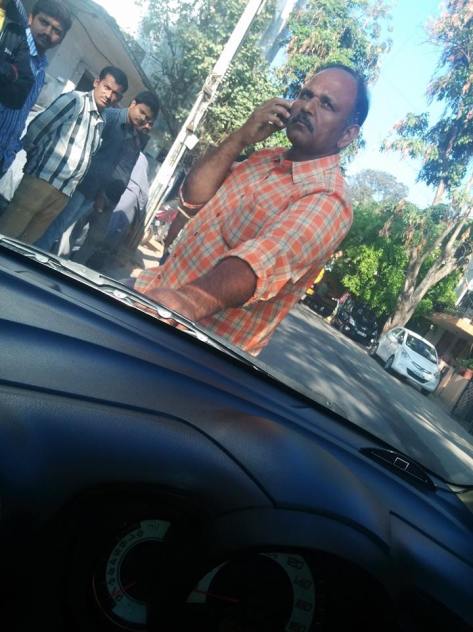 But the man sat on the car bonnet and did not let them drive away.

The girl named Surya told her two rescuers that she was from Tamilnadu now working in Bangalore and the man was her father, a police sub-inspector from Madurai, Tamilnadu, India.

Surya’s parents on hearing rumors of their daughter having a love affair had come over to Bangalore to end the affair. When she denied that she was not having an affair, her parents had simply refused to listen or believe her. The father wanted to take her back to Madurai and forcibly marry her off to someone of their choice.

Her mother, a teacher in Madurai, a silent spectator during the incident until then bawled out blaming her daughter for the “shame she has brought upon her family”.

Nivedita called the police and they came after about 30 minutes and took Surya and her parents to the Ulsoor Police station.

“Not only, was the parents behavior shocking and gruesome , but what was more shameful was the silent spectators on the street who stood watching the entire drama, not willing to save the girl or aid and support us, who were at least trying.

If a policeman chooses to physically and publicly abuse his adult daughter , how are we safe in the hands of such ‘protectors of law’?

If a teacher mistrusts and blames her adult daughter while supporting her husband’s abusive behavior, how can we entrust our children’s grooming to such ‘educators and shapers of young India’?” 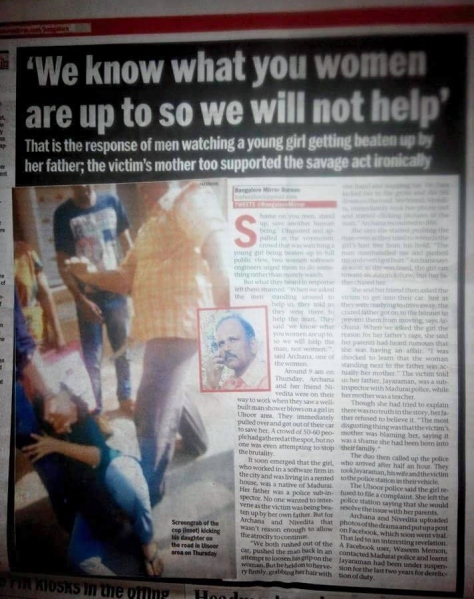 Yesterday, a Waseem Memon posted on the Facebook page of Archana Sharad:

I got a call from Police commissioner’s office, Madurai. The guy’s name is Jayaraman and he is no more into active service. He was suspended two years ago.

PS: The sad part is that no FIR was filed against that ******* as the family decided to amicably resolve the case after relatives intervened. (Got this info from Ulsoor Police Station).

Note: The photographs included in this post were gathered from the Facebook pages of Ms. Nivedita Chakraborty and Ms. Archana Sharad.

2 thoughts on “A Daughter in Bengaluru.”