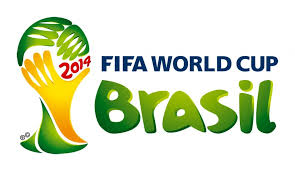 I am a flower of Sharon, a lily of the valleys.
Like a lily among thorns, so is my friend among women.
– Song of Songs 2:1-2

July 14, is the feast day of Saint Kateri Tekakwitha, the first North American declared a Saint by the Roman Catholic Church, and the fourth Native American to be declared a saint after St. Juan Diego Cuauhtlatoatzin and two other Oaxacan Indians. She is known as the “Lily of the Mohawks” and the “Genevieve of New France“. Like St. Francis of Assisi she is also the patroness of the environment and ecology.

Tekakwitha was a Mohawk-Algonquin virgin and laywoman belonging to the Turtle Clan of the Mohawk tribe of the Iroquois nation. She was born in Auriesville, now part of New York in  As a child she lost her parents to a smallpox epidemic. She survived the catastrophe with damaged eyesight and pockmarks on her face. Her paternal uncle, a village chief, a great foe of the Roman Catholic missionaries from France in the area, adopted the orphaned girl.

Shunned by her tribe for her religious conversion to Catholicism, Tekakwitha settled for the last years of her life in the Jesuit mission village, south of Montreal in New France, now Canada.

Kateri Tekakwitha died on April 17, 1680, aged 24, at Caughnawaga, Canada. It is alleged that after her death, the scars on her face cleared. Various miracles and supernatural effects are assigned to her intercession.

Kateri Tekakwitha’s extraordinary life and reputation for piety have made her an icon to the native Roman Catholics of North America.

In 1943,  the Catholic Church declared Kateri Tekakwitha as venerable. In 1980, Pope John Paul II beatified her, and on October 21, 2012, Pope Benedict XVI canonized her at Saint Peter’s Basilica.

According to one of her biographers, no other native American’s life has been more fully documented that of Kateri Tekakwitha. At least three hundred books have been published in more than twenty languages based on the writings of French Jesuit missionaries, such as Claude Chauchetière, Pierre Cholenec, and others who knew her personally.

Because of her singular life of chastity, she is often associated with the lily flower, a traditional symbol of purity among Roman Catholics and one often used for the Virgin Mary.

The fleur-de-lys is a heraldic symbol of the French monarchy. Four lilies are depicted in the flag of Quebec. The French associated Kateri with the lily.

It was Father Claude Chauchetière who first evoked the lily metaphor when he wrote,

I have up to the present written of Katharine as a lily among thorns, but now I shall relate how God transplanted this beautiful lily and placed it in a garden full of flowers, that is to say, in the Mission of the Sault, where there have been, are, and always will be holy people renowned for virtue.

Religious images of Tekakwitha are often  adorned with a lily and the cross. Feathers and turtle are incorporated as cultural accessories.

Colloquial terms for Tekakwitha are The Lily of the Mohawks, the Mohawk Maiden, the Pure and Tender Lily, the Flower among True Men, the Lily of Purity and The New Star of the New World.

Kateri Tekakwitha’s tribal neighbors praised Kateri Tekakwitha as “the fairest flower that ever bloomed among the red men.” Now, reverence of Kateri Tekakwitha transcends tribal differences. Indigenous North American Catholics identify themselves with her by portraying her in their art, and in their own traditional clothing.

Many consider her virtues as an ecumenical bridge between Mohawk and European cultures.

In Canada, the feast of Saint Kateri Tekakwitha is celebrated on April 17.

The Story of Saint  Kateri Tekakwitha

Weskarini, an Algonquin tribe, known as Petite Nation des Algonquins (Little Nation of the Algonquin), lived on the north side of the Ottawa River below Allumettes Island (Morrison’s Island), Québec, New France. They had close associations with the Jesuit missionaries.

In March 1643, Jeanne Mance, a French nurse at the Hôtel-Dieu in Montréal took care of Pachirini Sachem Carolus, a wounded young Algonquin warrior. Sachem baptized on April 2, 1643, in Montréal by Father Imbert Duperon. He was given the Christian name of Charles. He lived in Montréal for some time with the two Jesuits of the post. Most of the Weskarini Algonquin became Catholics, being baptized between 1643 and 1650 by the Jesuits in Montréal and the rest later at Trois-Rivières. They settled in Trois-Rivières, setting up their village near the Fort there. While his fellow tribesmen left for Trois-Rivières, Charles Pachirini led the Jesuits to explore the shore that was later to become Laprairie (a Jesuit mission).

Prior to 1648, Charles Pachirini rejoined his people at Trois-Rivières and became the captain of the Christian Algonquins, even during the lifetime of his discredited predecessor Paul Tessouhat II, the chief of the Kichesipirini, or Algonquins of Allumette Island. He was given a Fiefdom in Trois-Rivières.

This was a time when the Iroquois were at war with the Algonquin.

Earlier, on October 18, 1646, near the village named Ossernenon also known as Gandaouge, Gandawaga and Caughnawaga in the Iroquois Confederacy in New France (present-day Auriesville, New York) the Iroquoi Mohawks killed Saint Isaac Jogues, a Jesuit missionary and threw his body in the St. Lawrence River.

Around 1652-1653, Mohawks of Ossernenon raided the town of Trois-Rivières and the Algonquin village of Sachem Charles Pachirini.

When the Mohawks attacked the area, the women and children sought shelter in the Fort while the braves joined the soldiers in repelling the attack. The raiding party killed many braves and soldiers defending the fort and the Indian village of the Weskarini. They also abducted French and Algonquin children and women. It became the norm to take the women and children of the defeated with them as prisoners and subsume them into their fold.

One of the abducted women Kahontáke (Meadow) or Kahenta also known as Tagaskouita, was an Algonquin, a member of the Weskarini Band of Sachem Carolus Pachirini. She had been baptized and educated among the French in Trois-Rivières. She married Kenneronkwa, an Iroquoi Mohawk warrior. Around 1656, Kahontáke gave birth to a girl at the Turtle Castle of Ossernenon, in the village of Ossernenonon on the banks of the Mohawk River. According to some authorities the child was born in the village of Gandaouge.

“Catherine Tekakwitha, so renowned today in New France for the extraordinary marvels that God has bestowed and continues to bestow through her intercession, was born an Iroquois in 1656 in a Mohawk village called Gahnaougé. Her mother, an Algonquin, had been baptized and educated among the French in Trois-Rivières. She was seized there by the Iroquois with whom we were at war at that time, and taken as a slave to their homeland. She lived there and after a little while was married to a native of the place, and had two children: a son, and a daughter, Catherine.” From Catherine Tekakwitha, Fr. Pierre Cholenec, S.J., Her Spiritual Advisor.  (Translated by William Lonc, S.J., 2002)

During the years 1661 and 1662, the Mohawk suffered from a smallpox epidemic, the disease brought to the Americas by the Europeans. The disease devastated the village of Ossernenon, causing the death of most of the villagers. Kenneronkwa, his wife, and baby son succumbed to the disease. However, his daughter survived the catastrophe with damaged eyesight and pockmarks on her face. She was adopted by her father’s sister and her husband, a chief of the Turtle Clan, and raised as one of his daughters. The chief was a great foe of the Roman Catholic missionaries from France in the area.

Shortly afterwards, the survivors of the smallpox epidemic of the village of Ossernenon built a new village at the top of a hill, a mile or two west up the Mohawk River along its southern bank and called it Caughnawaga (“at the wild water”).

Because of her weakened eyes, the girl had trouble seeing in front of her, especially in the sunshine. Her uncle and aunts named her “Tekakwitha” meaning “she who feels her way ahead.”

Next → The Story of Kateri Tekakwitha: Part 2