Edgar Thurston (1855-1935) was a superintendent at the Madras Government Museum. While holding his position at the museum, Thurston, educated in medicine,  lectured in anatomy at the Madras Medical College.

He contributed to studies in the zoology, ethnology and botany of India and published works related to his work at the museum. His early works were on numismatics and geology and followed later by his researches in anthropology and ethnography. He succeeded Frederick S. Mullaly as superintendent of ethnography for the Madras Presidency. 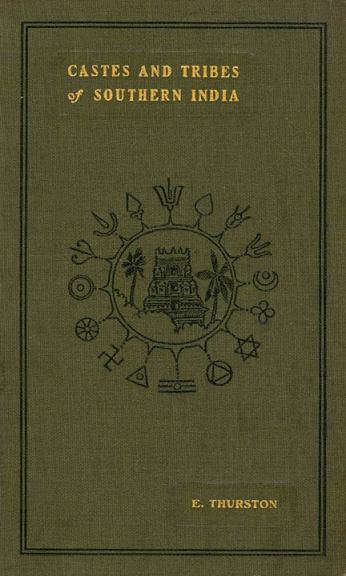 In 1901, Thurston while taking part in  the Ethnographic Survey of India project wrote the seven volumes of Castes and Tribes of Southern India. 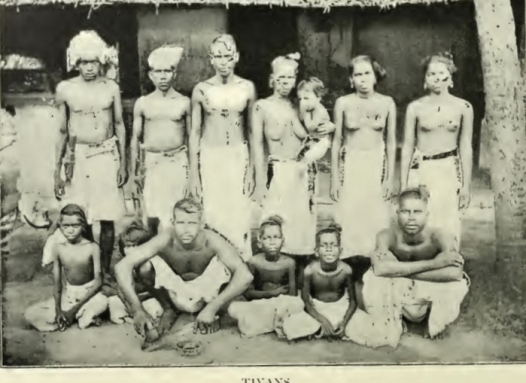 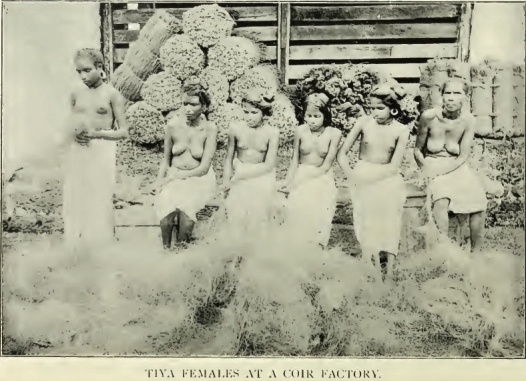 The 120-year-old photographs like the above, found in the seven volume series of Castes and Tribes of Southern India depict the life, dress (like the custom of leaving the upper torso bare among women of the Tiya tribe), marriage, customs, and dances of the various castes, tribes and ethnic groups.

Nature magazine, in its September 1910 issue, described the work as

a monumental record of the varied phases of south Indian tribal life, the traditions, manners and customs of people. Though in some respects it may be corrected or
supplemented by future research it will long retain its value as an example of out-door investigation, and will remain a veritable mine of information, which will be of value.

More recently, in 1995, Crispin Bates, a historian of modern South Asia, in his work “Race, Caste and Tribe in Central India: the early origins of Indian anthropometry” has said that Thurston generally displayed “often lurid, orientalist imaginings” in his writings.

One of the most ludicrous was Thurston’s study of southern India. Thurston was the curator of the government museum in Madras, and clearly saw the study of racial
types among the Indians as an extension of his daily routine of labelling and pinning butterflies and of collecting and categorising the varieties of plants.