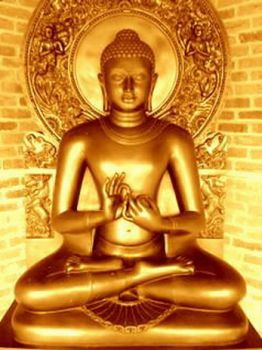 Buddhism is a way of life that got transformed into a religion. It is indigenous to the Indian subcontinent that encompasses a variety of traditions, beliefs, and practices largely based on teachings attributed to Siddhārtha Gautama, also known as Gautama Buddha, Shakyamuni, or simply as the Buddha. The Buddha, meaning “the awakened one” lived and taught in the eastern part of the Indian subcontinent between the 6th and 4th centuries BC.

According to Dīpavaṃsa, the oldest historical record of Sri Lanka, Buddhism was introduced into the island during the reign of Sri Lanka’s King Devanampiya Tissa (307 BC to 267 BC) by Venerable Mahinda, the son of the great Indian Emperor Ashoka.

Around 228 BC, Sohn Uttar Sthavira, one of the royal monks of Emperor Ashoka came to Suvarnabhumi (or Burma, the present day Myanmar) with few other monks carrying Buddhist sacred texts.

Buddhism was introduced into China during the reign Emperor Ming (58-75 AD).

In 372 AD, about 800 years after the death of the historical Gautama Buddha, Buddhism was introduced to Korea from Former Qin, a state of the Sixteen Kingdoms in China.

During the reign of King Thothori Nyantsen (5th century AD), a basket of Buddhist scriptures written in Sanskrit arrived in Tibet from India which were not translated into Tibetan until the reign of king Songtsän Gampo (618-649 AD) who had married a Chinese Tang Dynasty Buddhist princess and a Nepalese Buddhist princess, named Bhrikuti.

Eventually, Buddhism became the established religion in these countries.

The Buddhists in India adopted the Hindu practice of using Japa mala for repeating mantras or counting breaths. As Buddhism spread to other eastern countries so did Japa mala for meditation. They also used the Japa mala as a divination tool.

The voices of groups of monks chanting together resonate from the Buddhist monasteries in a continual monotonous murmuring. Chanting with a string of 108 prayer beads helps the Buddhist faithful to reach an interior state of supreme reality beyond time and place.

Like the Hindu Japa mala, the Buddhist Japa mala too are usually composed of 108 beads or divisions of that number, 54 or 27. The 108 beads represent the number of worldly desires or negative emotions that must be overcome before attaining nirvana. Buddhists believe that saying a mantra for each fleshly failing will purify the supplicant.

The Buddhist Japa malas are made of sandalwood, seeds, stones, or inlaid animal bone.

In Tibet, Japa malas of inlaid bone originally included the skeleton parts of revered monks, to remind their users to live lives worthy of the next level of enlightenment. Today’s bone malas are made of yak bone, which is sometimes inlaid with turquoise and coral.

Smaller 27-bead wrist malas were created mainly to prevent the prayer beads from touching the ground during prostrations.