When I woke up this morning I was extremely energised. Although I am born and brought up in Kerala, I have never gone to watch the glorious Nehru Cup snake boat race ever. I was very excited, even though I had no clue how the race was going to be or if it would be worth at all. At that moment I was more charged to use my DSLR camera which I was going to use after almost a year. Since iPhones I have been so lazy to use any other than the phone camera; instagraming pictures all the time.

The journey had begun. One hour to go till we reached the site of the event. We were four of us but none had any idea about what was going to happen there. The thrill of the whole experience lied in the ambiguity of it. Even so the entire time I was extremely skeptical to use the camera since I had lost all practice of using it. To top it all as soon as we got there it started to rain; with it washed away all my hopes of trying to click any pictures, but we thought we shall still give it a shot. And once we reached there it was so crazily crowded, noisy and slushy; I had somewhere given up hope of watching the race. There was no way in hell we would have made it inside. Just then we found a pole and got a little adventurous. Each of us took turns to climb on it to get at least one glimpse of the event. I got a little greedy, I asked one of my friend’s to hold the umbrella for me while I stood on the pole and took at least one picture of the event.

So I did manage to get one, however unprofessional looking and blurred it was. I was happy at that moment and thought that at least I had proof of being there.

We started to head back thinking we won’t get any closer so no point staying. That’s when we saw a little door, where only tourists could enter. We went through there, to finally realise we were adjacent to the finish line.

We squished, squashed, tugged through the crowd and somehow managed to get a little closer to the water.

It was an amazing sight even though I was mashed between three sweaty, tacky and alcohol breath locals.

The entire place looked spectacular. There was a thrill in the air that was so contagious. The crowd cheering, the speeches overwhelming, the boats were just getting lined up; all set to race.

I was standing on my toes to get a glimpse of the entire spectacle, trying to capture the moment each time. 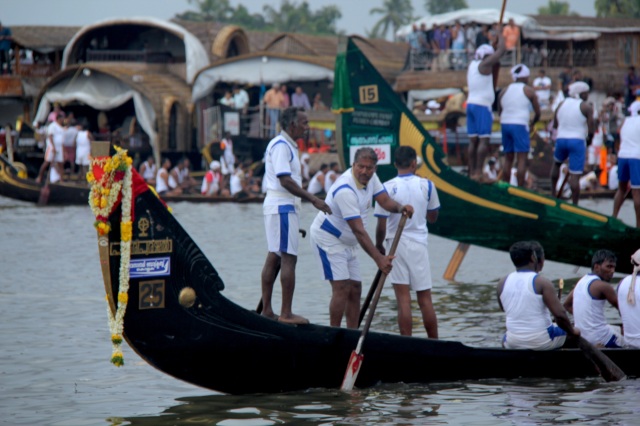 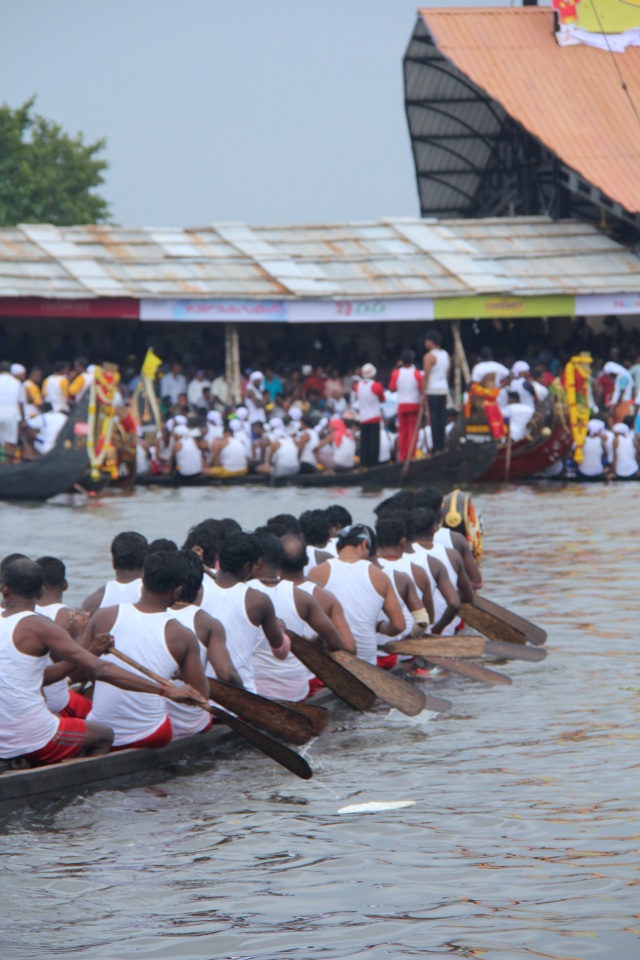 The men looked geared up and packed with energy. 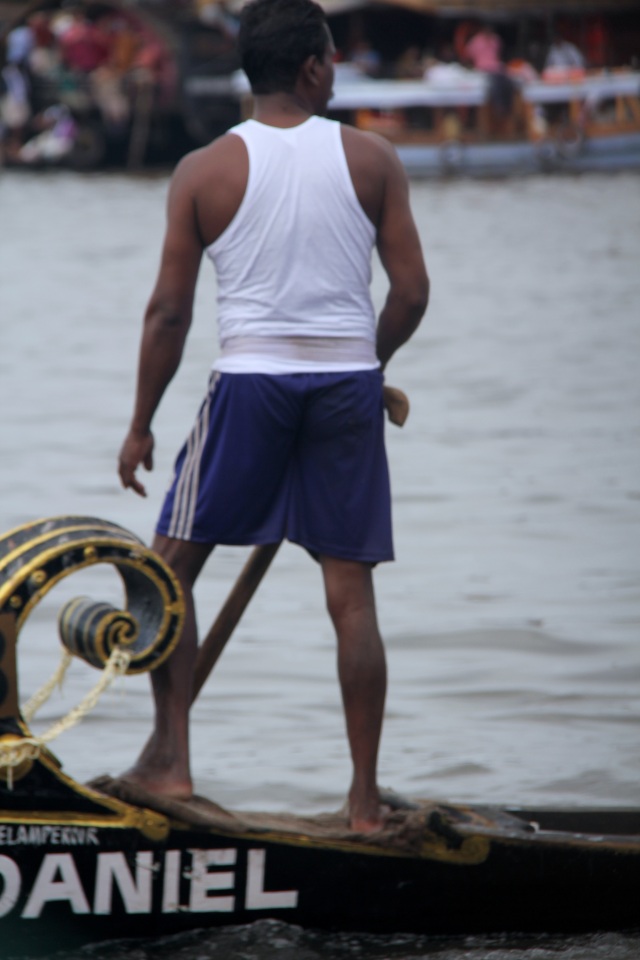 .
But the roar from the crowd grew louder when a boat rowed by all women made an appearance.
.

.
The crowd was everywhere. There were houseboats lined up in front, some watching comfortably from their personal yachts, some swimming in water, some camouflaged on top of the trees.
, 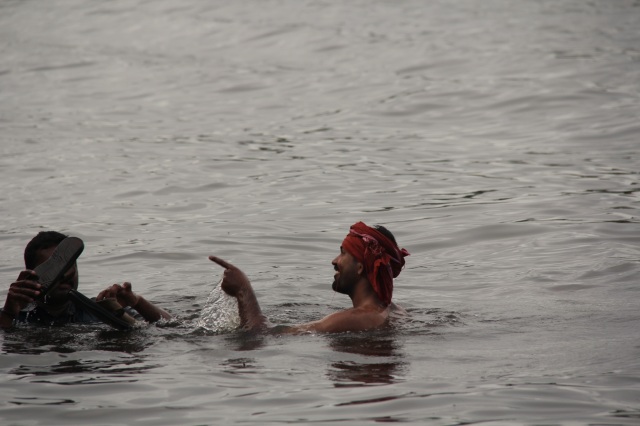 .
The boats now started to move towards the starting point; the race was about to begin any minute.
. 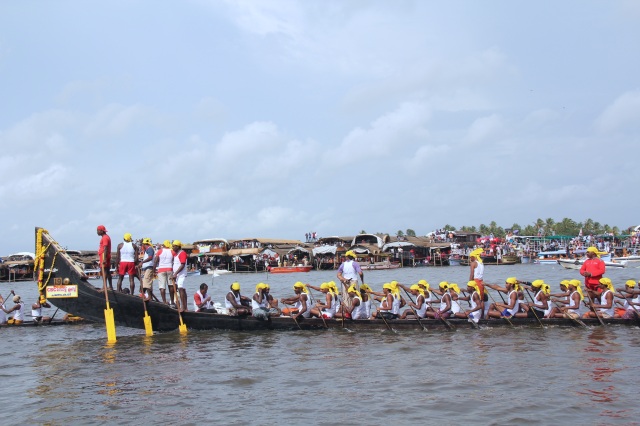 The umpires were scattered everywhere, with their eyes concentrated on the boats passing by.

The fire force taking its position. Ready for the boats to set the scene ablaze with excitement. 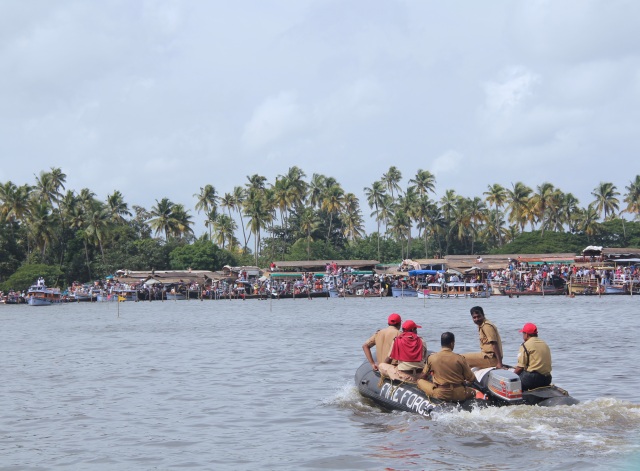 There were cops lazing around on boats waiting in anticipation. 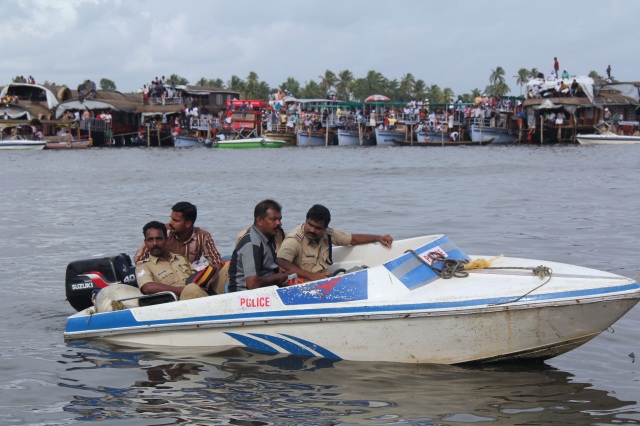 While I was waiting at the edge taking pictures of the now impatient crowd and the calm waters which in no time would be flooded with boats racing for honor and life. 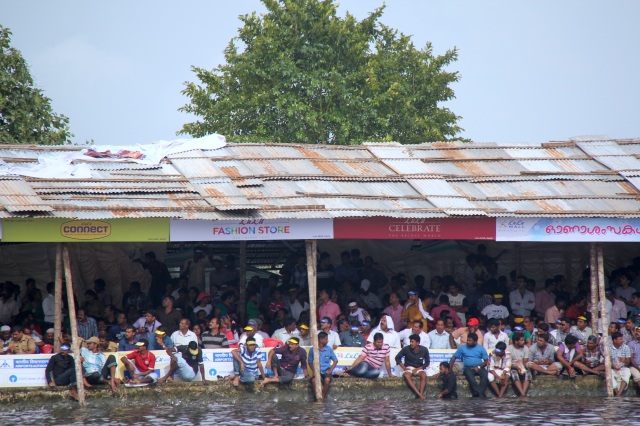 Just then, my friend screamed from a distance that the race has begun. It was all haphazard henceforth. The boats were being rowed so quickly, I barely got a glance. 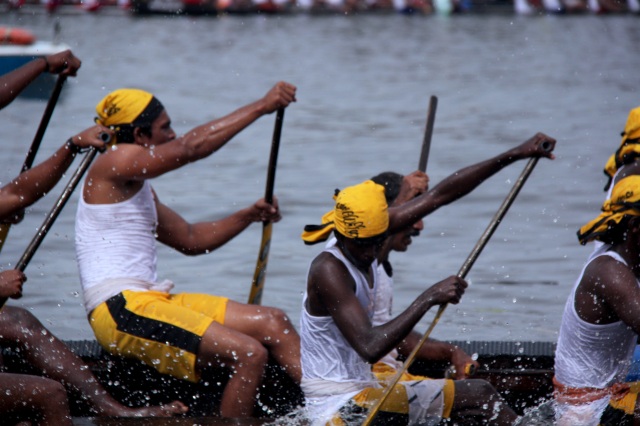 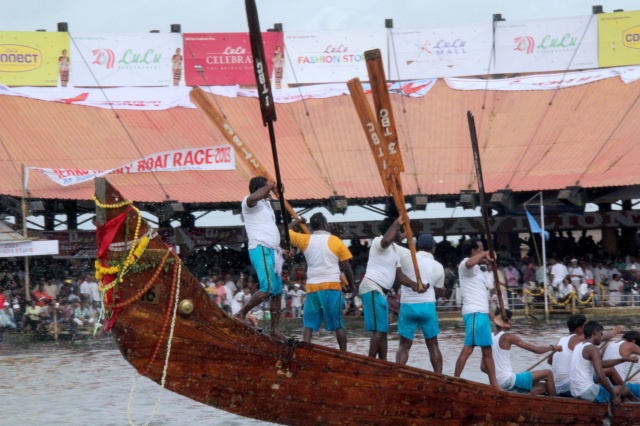 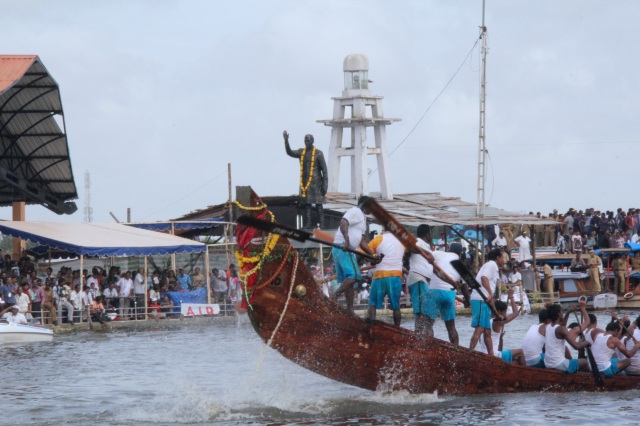 We hurried back as soon as boat number# 16 touched the finish line, as we were in no condition to go through a stampede on our way out of the place. The walk back to the car was peaceful, yet enlivening after watching one of the world’s most breathtakingly beautiful event. I don’t know if I will ever come back to watch it, but it definitely is a one time experience every person should live.
.
Re-posted from LIVE. LOVE. LAUGH