It has become a popular tradition for friends to exchange gifts, flowers, greeting cards and wrist bands on Friendship Day. 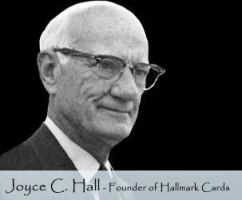 On 20 July 1958 by Dr. Artemio Bracho was the first to propose the idea of a World Friendship Day during a dinner with friends in Puerto Pinasco, Paraguay. Out of this humble meeting of friends, the World Friendship Crusade that promotes friendship and fellowship among all human beings, regardless of race, colour or religion was born. Since then, 30 July has been faithfully celebrated as Friendship Day in Paraguay every year and has also been adopted by several other countries.

In 1998, in honour of Friendship Day Nane Annan, wife of UN Secretary-General Kofi Annan, named Winnie the Pooh as the world’s Ambassador of Friendship at the United Nation. The event was co-sponsored by the U.N. Department of Public Information and Disney Enterprises, and was co-hosted by Kathy Lee Gifford.

Recognizing the relevance and importance of friendship as a noble and valuable sentiment in the lives of human beings around the world,

Bearing in mind that friendship between peoples, countries, cultures and individuals can inspire peace efforts and presents an opportunity to build bridges between communities, honouring cultural diversity,

Affirming that friendship can contribute to the efforts of the international community, in accordance with the Charter of the United Nations, towards the promotion of dialogue among civilizations, solidarity, mutual understanding and reconciliation,

Convinced of the importance of involving youth and future leaders in community activities aimed at the inclusion of and respect between different cultures, while promoting international understanding, respect for diversity and a culture of peace, in accordance with the Declaration and Programme of Action on a Culture of Peace,

Noting that friendship-related activities, events and initiatives are observed each year in many countries,

1. Decides to designate 30 July as the International Day of Friendship;

2. Invites all Member States, organizations of the United Nations system and other international and regional organizations, as well as civil society, including non-governmental organizations and individuals, to observe the International Day of Friendship in an appropriate manner, in accordance with the culture and other
appropriate circumstances or customs of their local, national and regional communities, including through education and public awareness-raising activities;

3. Requests the Secretary-General to bring the present resolution to the attention of all Member States and organizations of the United Nations system.

Though the General Assembly of the United Nations designated 30 July as the official International Day of Friendship, some countries, including India, celebrate Friendship Day on the first Sunday of August.

In Oberlin, Ohio, Friendship Day is celebrated on 8 April each year.