By JOHN MARKOFF and NICOLE PERLROTH 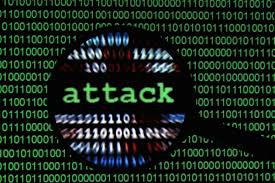 A squabble between a group fighting spam and a Dutch company that hosts Web sites said to be sending spam has escalated into one of the largest computer attacks on the Internet, causing widespread congestion and jamming crucial infrastructure around the world.

A squabble between a group fighting spam and a Dutch company that hosts Web sites said to be sending spam has escalated into one of the largest computer attacks on the Internet, causing widespread congestion and jamming crucial infrastructure around the world.

However, for the Internet engineers who run the global network the problem is more worrisome. The attacks are becoming increasingly powerful, and computer security experts worry that if they continue to escalate people may not be able to reach basic Internet services, like e-mail and online banking.

A spokesman for Spamhaus, which is based in Europe, said the attacks began on March 19, but had not stopped the group from distributing its blacklist.

Of Cyberbunker, he added: “These guys are just mad. To be frank, they got caught. They think they should be allowed to spam.”

Mr. Gilmore said that the attacks, which are generated by swarms of computers called botnets, concentrate data streams that are larger than the Internet connections of entire countries. He likened the technique, which uses a long-known flaw in the Internet’s basic plumbing, to using a machine gun to spray an entire crowd when the intent is to kill one person.

The attacks were first mentioned publicly last week by CloudFlare, an Internet security firm in Silicon Valley that was trying to defend against the attacks and as a result became a target.

“These things are essentially like nuclear bombs,” said Matthew Prince, chief executive of CloudFlare. “It’s so easy to cause so much damage.”

The so-called distributed denial of service, or DDoS, attacks have reached previously unknown magnitudes, growing to a data stream of 300 billion bits per second.

“It is a real number,” Mr. Gilmore said. “It is the largest publicly announced DDoS attack in the history of the Internet.”

Spamhaus, one of the most prominent groups tracking spammers on the Internet, uses volunteers to identify spammers and has been described as an online vigilante group.

In the past, blacklisted sites have retaliated against Spamhaus with denial-of-service attacks, in which they flood Spamhaus with traffic requests from personal computers until its servers become unreachable. But in recent weeks, the attackers hit back with a far more powerful strike that exploited the Internet’s core infrastructure, called the Domain Name System, or DNS.

That system functions like a telephone switchboard for the Internet. It translates the names of Web sites like Facebook.com or Google.com into a string of numbers that the Internet’s underlying technology can understand. Millions of computer servers around the world perform the actual translation.

In the latest incident, attackers sent messages, masquerading as ones coming from Spamhaus, to those machines, which were then amplified drastically by the servers, causing torrents of data to be aimed back at the Spamhaus computers.

When Spamhaus requested aid from CloudFlare, the attackers began to focus their digital ire on the companies that provide data connections for both Spamhaus and CloudFlare.

Questioned about the attacks, Sven Olaf Kamphuis, an Internet activist who said he was a spokesman for the attackers, said in an online message that, “We are aware that this is one of the largest DDoS attacks the world had publicly seen.” Mr. Kamphuis said Cyberbunker was retaliating against Spamhaus for “abusing their influence.”

“Nobody ever deputized Spamhaus to determine what goes and does not go on the Internet,” Mr. Kamphuis said. “They worked themselves into that position by pretending to fight spam.”

A typical denial-of-service attack tends to affect only a small number of networks. But in the case of a Domain Name System flood attack, data packets are aimed at the victim from servers all over the world. Such attacks cannot easily be stopped, experts say, because those servers cannot be shut off without halting the Internet.

“The No. 1 rule of the Internet is that it has to work,” said Dan Kaminsky, a security researcher who years ago pointed out the inherent vulnerabilities of the Domain Name System. “You can’t stop a DNS flood by shutting down those servers because those machines have to be open and public by default. The only way to deal with this problem is to find the people doing it and arrest them.”

The heart of the problem, according to several Internet engineers, is that many large Internet service providers have not set up their networks to make sure that traffic leaving their networks is actually coming from their own users. The potential security flaw has long been known by Internet security specialists, but it has only recently been exploited in a way that threatens the Internet infrastructure.

An engineer at one of the largest Internet communications firms said the attacks in recent days have been as many as five times larger than what was seen recently in attacks against major American banks. He said the attacks were not large enough to saturate the company’s largest routers, but they had overwhelmed important equipment.

Cyberbunker brags on its Web site that it has been a frequent target of law enforcement because of its “many controversial customers.” The company claims that at one point it fended off a Dutch SWAT team.

“Dutch authorities and the police have made several attempts to enter the bunker by force,” the site said. “None of these attempts were successful.”

Re-posted from The New York Times