The World Health Organization (WHO) defines diarrhea (or diarrhoea) as the health disorder of having three or more loose or fluid bowel movements per day or having more stools than is normal for a person.

Many people have a bout of diarrhea once or twice each year. Typically frequent bowel movements last two to three days, and in most cases treated with over-the-counter (OTC) medicines. In some people, diarrhea often occurs as part of irritable bowel syndrome or due to other chronic diseases of the large intestine. The loss of essential fluids due to diarrhea cause dehydration that cause electrolyte disorders like potassium deficiency as well as other salt imbalances.

Though diarrhea is very common and usually not serious in normal circumstances, WHO  considers it as the major cause of death in developing countries and the second most frequent cause of infant deaths worldwide. 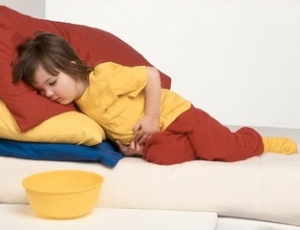 In 2009, diarrhea caused the death of 1.5 million children under the age of five and 1.1 million people aged five and over.

The most common cause of diarrhea is the infection of the gut by a virus. The infection sometimes called “intestinal flu” or “stomach flu” lasts usually for two to three days. Diarrhea may also be caused by:

Diarrhea may also follow a constipation in people who have irritable bowel syndrome.

Recently, I came across this video on YouTube. It is an advertisement produced for Lifebuoy. Normally, I do not endorse advertisements. However, I wish to share the video with you for the way it caught my attention and led me to the subject of diarrhea.