Today is the First Anniversary of My Blog “Impressions”
on WordPress.com

I thank my readers and well-wishers for reading my impressions of what comes to my mind.

A controversial advertisement has outraged the Evangelical Christian community of the word. This ad for Ukraine International Airlines shows the colossal icons – Rio
de Janeiro’s Christ the Redeemer Statue and the Statue of Liberty – in bed of a motel, with the statue of Christ holding a cigarette in his hand. 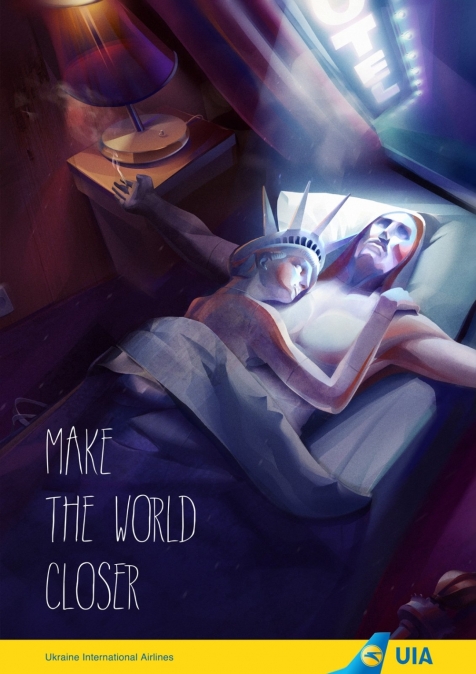 This work of art has the Ukraine International Airlines logo at the bottom.

It is a piece of exploratory work by creative director Aleksandr Bozhko and his team with a tagline that reads “Make The World Closer”. I came across the following details of the team in the website ADS OF THE WORLD:

After the ad went viral and received many criticisms Ukraine International Airlines twitted that the ad was a fake, and the company did not commission or endorse the poster. Subsequently, Aleksandr Bozhko issued a statement clarifying that UIA did not commission the work and apologized to the company for any confusion and criticism he had brought on them.