DALLAS – From McKinney to the White Rock Lake area and all the way south to Houston, a bright flash reported in the sky Friday morning captured the attention of many across the Lone Star State.

While early reports indicated it was likely a meteor, the National Weather Service in Houston reported Friday afternoon that it may have been debris from the Russian Satellite Cosmos 2251 as it reentered the atmosphere.

In 2009, the Cosmos 2251 satellite, which was not in working condition at the time, collided with Iridium 33, a United States communication satellite, in 2009 as they orbited Earth over Siberia.

Meanwhile, Bill Cooke, who heads the Meteoroid Environment Office for NASA, told KRLD that the object was actually a meteor, and was likely the size of a basketball.

As researchers continue to investigate the source of the flash, reports of sightings continue to grow across Texas.

One McKinney woman reported seeing what appeared to be a comet streaking across the sky in a bright flash around 6:42 a.m. near Stonebridge Shopping Center.

Justin Wagoner, who lives in the White Rock Lake area, said he saw a green trail and heard a large “sonic boom” around the same time. Others reported seeing white and orange colors. The sight only lasted a few seconds before vanishing in the sky.

According to Dr. James Roberts, a University of North Texas astronomer who talked to WBAP early Friday morning,  the mysterious object in the sky was likely a burned up meteor. A KHOU meteorologist in Houston said it may have been part of the Geminids meteor shower, which takes place in December. The meteorites often appear to be slow moving and are usually best seen at its peak on December 13 and 14.

However, Mike Hankey, the operations manager with the American Meteor Society, said later in the morning he believed the meteor was likely a fireball, a meteor brighter than Venus, and not a part of the Geminid shower.

“For those not familiar with meteors and fireballs, a fireball is a meteor that is larger than normal,” read a report on the American Meteor Society’s online site. “Most meteors are only the size of small pebbles. A meteor the size of a softball can produce light equivalent to the full moon for a short instant. The reason for this is the extreme velocity at which these objects strike the atmosphere.”

Seeing a fireball is something not everyone gets a chance to do in their lifetime, according to Hankey.

“While fireballs are actually pretty common across the globe, they happen every night, to actually see one in your area is very rare,” he said. “If you see one once in your life, you are very lucky.”

The loud boom heard by some could be explained by what happens when a large fireball breaks apart, Hankey went on to explain.

“Really big fireballs that break apart and cause a sonic boom are called ‘bolides,” Hankey said. “Bolides usually drop meteorites to the ground. It is still not known if this was a bolide or just a fireball.”

Since some reported hearing a loud noise, Hankey said that leaves open the possibility that the meteor may have been a bolide.

“Sonic boom means there are meteorites on the ground,” he went on to explain. “Why? Because the meteor would have had to penetrate the atmosphere deep enough to make a sonic boom, When it gets that deep, there’s practically no chance of it vaporizing in the air. Most meteors vaporize in the upper atmosphere, but when they make it low enough to cause a sonic boom, they are generally big enough to leave meteorites.”

While Hankey said the meteor was likely not associated with the Geminids as they are usually dimmer and move at a faster pace, he said the organization is looking further into the case to determine the exact type of meteor that was sighted.

METEOR TERMINOLOGY AS DEFINED BY AMS:

KHOU contributed to this report

But now the plate movements and spreading Atlantic have positioned the N American continent for what we have long described. A diagonal tear in the New Madrid, a bowing of the continent around San Diego so that Mexico is too far West, an adjustment up the West Coast to relieve the bow. Meanwhile, the entire continent has stress of some kind as this process has already begun but has not manifested in large adjustments, quakes, as yet. It soon will! – ZetaTalk

Five states across the U.S., from Arizona to Rhode Island reported simultaneous series of unexplained booms and trembling ground. It started near midnight on December 4th, and reports say the phenomenon is still occurring in Georgia. It might be due to the diagonal stress asserted across North America. 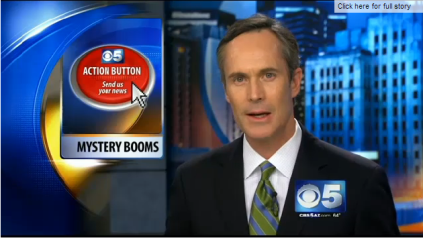 In the past major media outlets in the US have reported several unexplained booms:

Do you have a theory about the unexplained noise? If you do, please comment below.