“Rape is rape regardless of the relationship between the rapist and the victim. It can be a total stranger; someone you recognise by sight, but have never really communicated with; someone you know superficially, a neighbour or a colleague; a friend, a boy-friend or a former boyfriend; a live-in partner, or a former partner; someone you are married to or have been married to in the past.” – What is Marital Rape ? (http://www.blessedmember.com) 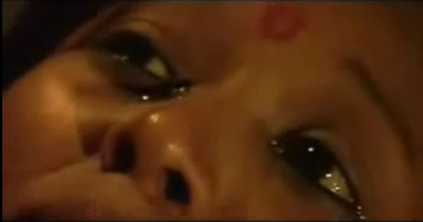 Criminal law considers rape as sexual assault usually involving sexual intercourse initiated by one or more persons against another person without that person’s consent. The act may be carried out by physical force, coercion, abuse of authority or with a person incapable of valid consent, such as being unconscious, incapacitated, or below the legal age of consent.

In every contention of rape, the absence of consent of the victim to have sexual intercourse with the aggressor is extremely important. Consent does not need to be conveyed, and may perhaps be implied from the perspective, and from the rapport existing between the individuals. However, the lack of protest does not itself constitute consent to have intercourse. Consent can always be withdrawn at any time. So any further sexual activity after the withdrawal of consent is rape.

Lack of consent may be a result of either forcible compulsion by the aggressor or an incapacity to consent on the part of the victim like the person asleep, intoxicated or psychologically vulnerable.

Some research literature may extend the term spousal/marital rape to include divorced/legally separated ex-spouses, or unmarried cohabiting partners. However, current state laws often treat rape by ex-spouses or intimate partners as different from marital rape, and legally equal to rape, by a stranger. However, it does not seem to be so in India. Three days ago, I saw this news in hindustantimes:

A man has been discharged by a Delhi court of charges of raping his wife on the ground that having sexual relation with his spouse, even forcibly, does not amount to “marital rape.” District Judge JR Aryan let off accused Hazi Ahmed Saeed, agreeing with his counsel’s submission that the Indian Penal Code does not recognise any concept of “marital rape.”

“Defence counsel rightly argued that IPC does not recognise any such concept of martial rape. If complainant was a legally-wedded wife of accused, the sexual intercourse with her by accused would not constitute offence of rape even if it was by force or against her wishes,” the court said.

The court remanded the case back to a magisterial court as rest of the alleged offences, including those of causing hurt, criminal intimidation and theft, for which the accused was charge-sheeted, were triable by a magistrate.

The case was committed to the district judge after the charge sheet was filed by the police as the offence of rape was tried by sessions court.

The woman had filed the case in 2007 alleging that after her first husband’s death, accused Saeed started visiting her and by expressing sympathy, he asked her to marry him.

She had told the court that she married Saeed in February 2006, but later she came to know that the accused had married her only to grab her property which was then sold by him and his four sons.

In a non-consensual sex offense, if the perpetrator is the victim’s spouse, we call it marital rape, spousal rape, partner rape, domestic violence, or sexual abuse.

Once widely condoned and ignored by law, international conventions now repudiate spousal rape and increasingly criminalize it. However, in present-day India, like in medieval Europe, a stranger can legally marry a woman with her parents’ consent and without hers. After getting married, she could no longer refuse to consent to sex. Her husband can force her to have sex with him at any time he has the urge since the society widely condones his wish, and the law does not consider it as an act of violence, but accepts it as a husband’s prerogative.