September 13 is not only National Peanut Day, Fortune Cookie Day, and Positive Thinking Day, it is also “Uncle Sam Day”!

Today, the United States of America celebrates its most famous icon Uncle Sam – the tall, lanky, white-haired gentleman with a flowing beard and wearing a top-hat, the personification of the United States.

The name “Uncle Sam” purportedly linked to a Samuel Wilson, a meat packer from Troy, New York. During the War of 1812, Wilson supplied beef to the United States Army. He supplied the meat packed in barrels stamped “U.S.” for the United States. However, soldiers referred to Wilson as “Uncle Sam”. The local newspapers glorified this name. Eventually, the label “Uncle Sam” gained widespread acceptance as the nickname for the U.S. Federal government. Samuel Wilson died at age 88 in 1854.

In the late 1860s and 1870s, German-born American caricaturist and editorial cartoonist Thomas Nast, considered the “Father of the American Cartoon” popularized the image of Uncle Sam. He eventually gave Uncle Sam the white beard and stars-and-stripes suit as we see him today. Nast also created the modern image of Santa
Claus, the donkey symbol for the Democrats and the elephant symbol for the Republicans.

On July 6, 1916, “Leslie’s Weekly” used on its cover an image of Uncle Sam wearing a tall top hat and blue jacket and a finger-pointing at the viewer. Created by the artist James Montgomery Flagg, it bore the caption: “What Are You Doing for Preparedness?”

This image became immensely popular. In 1917, the U.S. Army used it for a recruiting poster with the words “I Want You For The U.S. Army” during World War I and World War II. Flagg used a modified version of his own face for Uncle Sam. The face also bears resemblance to the real Samuel Wilson. The U.S. Army reused this widely acclaimed image many times with different captions.

In September 1961, the 87th Congress of United States adopted a resolution recognizing Samuel Wilson of Troy, New York, as the “progenitor of America’s national symbol of Uncle Sam”.

“Now, therefore, I, George Bush, President of the United States of America, do hereby proclaim September 13, 1989, as Uncle Sam Day and call upon the people of these United States to observe this day with the appropriate ceremonies and activities.”

For some peculiar reason, despite the fact that the 3Rs of waste management are “reduce, reuse, recycle” most people and even governments only seem to understand them as being “recycle, recycle, recycle” and reuse is, literally, being ignored like a poor stepchild or orphan. – Michael Smith (Veshengro) 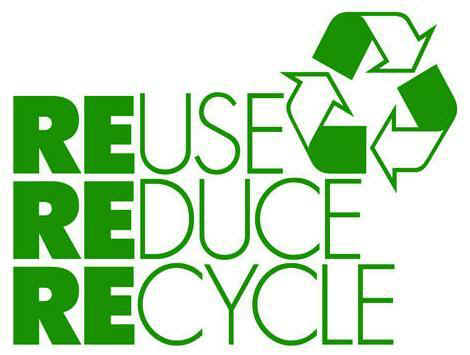 I believe reusing product packaging is ecologically more sensible than sending them to landfills, dump-yards or incinerating.

Many of us can still remember the days when we drank soda, beer, and milk contained in reused bottles.

Most logistical issues that we face now can be resolved if manufacturers and suppliers world-wide used an interchangeable standard range of containers such as bottles, jars, etc., to package their products. For example, they can easily reuse the same bottle to contain Pepsi, Coke, or milk interchangeably.

What do you say?