Seth Horvitz, a resident of Washington, wanted a Westinghouse 39-inch LED television. He placed the order for the television through a third-party vendor on Amazon.com. 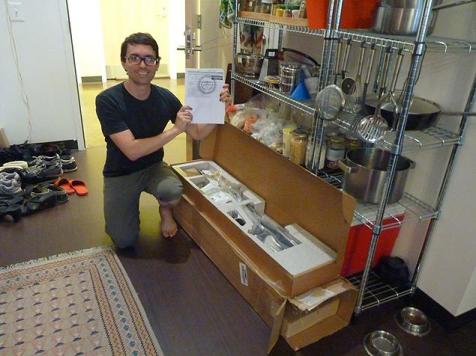 On Tuesday, August 7, when he received a long, narrow box he realized that something was wrong. When Horvitz opened the package he was shocked. The packaged contained a Sig Sauer SIG716, a Swiss-made 7.6 pound, 37-inch-long semi-automatic assault rifle.

His name and address were on the mailing label; but inside the box, an invoice contained the address of a gun shop in Pennsylvania.

Horvitz was not in a position to legally return the package to its sender since Washington has the most restrictive gun laws in the U.S. So, he immediately sent a message to the sender and notified the Metropolitan Police Department. Police who came to his house confiscated the rifle.

Requests for comment were not returned by Amazon as of Wednesday afternoon.

James Eagan Holmes, who shot 70 people, killing 12, in Aurora last month, reportedly purchased his ballistic gear and hoards of bullets on the Internet in the months before the massacre.

We should be glad the gun Seth Horvitz received didn’t end up in the wrong hands or this mishap could have paved the way to another cataclysm.