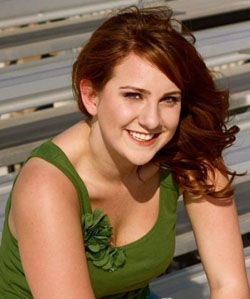 At the Century 16 Theater situated in the Town Center Mall, Aurora, Colorado during the midnight premiere of the movie “The Dark Knight Rises” a gunman (James Eagan Holmes ) opened fire, shooting indiscriminately. The gunman entered the theater about 20 to 30 minutes after the show started, setting off smoke bombs and running up and down the aisles firing as many as four weapons at viewers.

12 people were killed and as many as 50 people were injured including members of the U.S. military. Police said 10 victims died inside the theater, while dozens of others were taken to local hospitals, including a 6 years old child.

Jessica Ghawi known professionally and on Twitter as Jessica Redfield, an aspiring sports blogger, was one of those killed. She had moved to Colorado from San Antonio only a year ago.

She was a person full of zest and very friendly as could be seen in the conversations she had on Twitter. The above photo is from Twitter.

Earlier in June, after having narrowly escaped an irrational shooting at a mall in Toronto, Canada, she wrote the article “Late Night Thoughts on the Eaton Center Shooting,” a foreboding of what was to come.

The following is the last Twitter conversation Jessica had with a friend on the night she was killed.

10:35 pm  jessespector: Which is why you’re tweeting now and not at the movie?

6 thoughts on “Jessica Redfield, an aspiring sports blogger, victim of an irrational killer.”