“Germany, which had announced that it would close down all its all nuclear plants by 2022, bought electricity from France, a country that relied heavily on atomic energy.”

But this is just the opposite of the truth! 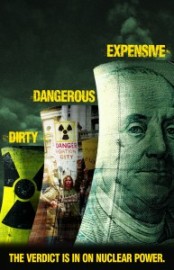 You can find this information here (and use internet translation from French to English if required):

And you can further verify the information from the original source (RTE, the French government-owned power distribution company) in the links quoted in the article.

Please note that, although some sources in the previous French government had predicted that Germany would start becoming a net importer of electricity from France after they decided in 2011 to shut down in a planned manner their oldest nuclear plants, this prediction did not happen, and during the last winter, Germany was not only self-sufficient after closing 8 nuclear reactors, but was even capable to help “Atomic France”.

The information is in the same website as above, and the original data can be also verified.

Dear Prime Minister, I don’t know from where you get information on nuclear energy, but from now on, please connect yourself to the internet and personally check the facts about nuclear energy. You may object that as Prime Minister you are too busy to get educated on nuclear energy.  But in the present situation, it is possible that there may be no other way for taking wise decisions on this issue which is so crucial, not only for the economy but for the future of us all on this earth.

It took me 10 minutes of internet search to find the details above!

There are plenty of serious websites, in all languages, from where the information can be cross-checked and verified.

For the record, this is the press report from where I read your
statement in Parliament.

The Prime Minister of India – on Wednesday May 16, 2012- made a statement on the floor of the House regarding the safety of the civilian nuclear facilities in the country.

Even WITHOUT a natural disaster, here is a list of publicly available Civilian Installation incidents that have already occurred within the country.

How dare he mislead the nation in this way? Nuclear accidents are not road and railway accidents, which happen almost daily in our country.

Why are you considering data only AFTER Fukushima? And telling the House that we are safe?

Here is our previous to Fukushima record –

31 Mar 1993 – Bulandshahr, Uttar Pradesh
The Narora Atomic Power Station suffers a fire at two of its steam turbine blades, damaging the heavy water reactor and almost leading to a meltdown.

Sir, you ‘may’ be a honorable man. But then who is giving you wrong information? As a man of economics, you may not be aware of the seriousness of these incidents.

We, the citizens of the country, fear for the worst, especially considering the disastrous experiences of past accidents and natural disasters in India.

We do not expect timely relief.

We do not expect evacuation.

We do not expect rehabilitation.

We do not expect compensation.

We do not expect justice.

We do not even expect truth from the establishment.

We ONLY EXPECT YOU TO STOP THIS NUCLEAR MADNESS.

We will tell you the ways to progress without Nuclear Energy. We have enough scientists who say NO to nuclear power and who are willing to show you the way.

Are you listening, Sir?
Your democracy asks you!

1) Nuclear Energy is the most powerful discovery made by humans – both for peace and war.  The sheer damage that nuclear power can cause is so huge that it will destroy the entire human race and life on earth.

2) Nuclear Energy is NOT a clean source of energy. From uranium mining, processing, cooling the reactors to the disposal of nuclear waste – all are highly polluting.

3) Radiation is a silent killer. The harm caused by a nuclear reactor even without an accident can be judged by the fact that there is an alarmingly high rate of cancer among those working in them. This information is available in the public domain and relates to studies done at Kalpakkam and Tarapur in India. Ironically, the studies are by the same government of India which claims nuclear Energy is safe!

4) The world has seen how nuclear accidents occur out of both design flaws as well as natural disasters. The Three Mile Island accident in the United States was due to a design flaw in the emergency alarm system and what happened at Fukushima was a culmination of rank bad designing coupled with nature’s fury.

5) The desalination plants will suck in sea water, filter (kill) marine life and convert it into fresh water for cooling the huge reactors. What does not get filtered gets evaporated in steam used to distill the salty sea water. This causes severe marine biodiversity changes as can be seen in the Middle East. These result in the formation of toxic algae laden “Red Tides” and the fish breeding in these areas are poisonous to humans and declared unfit for consumption. The Kudankulam project will certainly alter the biodiversity of the Bay of Bengal in general, and the Gulf of Mannar in particular. Marine experts agree and emphasize this profoundly rich and bio-diverse ecology needs the stewardship of preservation.

6) Japan, a heavily industrialized technologically advanced nation, shut down all its 54 nuclear reactors and is still getting along without the sort of crippling power cuts across India. More pertinently, the Japanese government agrees the any decision to restart the nuclear facilities should be ratified by the local people. In India, the Kudankulam and Jaitapur nuclear power projects are coming up despite stiff and open public agitation. The government refuses transparency and does not share necessary information regarding safety and other concerns. The former reactor is being started almost in a military style secret operation. Bear in mind that the Chief Information Commissioner (CIC) has asked the government to make this information available to the public!

7) While a 1000MW power project sounds impressive, nuclear reactors in India average at 40 to 50% utilization levels. Even after this, there are huge energy losses which are simply accounted as “Transmission & Distribution (T&D)” losses. It is nothing but an admission of failure to deliver efficiently whatever power is generated.

8 ) The power sector is facing a huge deficit on account of the losses mentioned above and also because of “under recovery” of dues. This is a euphemism for money written off for providing free power to large industrial units and big farmers – both well connected politically and providing money for election purposes.

9) State governments forever dispute their rightful share of resources with each other. Even before the commissioning of the reactor at Kudankulam, its neighbour Kerala is demanding its share of power. What Tamil Nadu eventually gets out of the 1000 MW will be a minuscule amount after deducting 50% utilization, T&D losses and sharing with other states.

Even assuming an optimistic figure of approximately 300MW of actual usable power for the state, it does not make any logical sense to undertake such a costly and dangerous project. If this project was submitted to a bank for getting a loan, it would probably not even cross over to the bank manager! But here, the government is bankrolling the investment, certifying its environmental safety, its viability and liability – in short, it is just the whim and ego of the stubborn government.

10) Everyone agrees that large industrial accidents can (and do) occur. However, in case of nuclear accidents, the scope of damage done to all kinds of living matter is unlimited. And the most dangerous and sad truth is that all future generations will face fatal consequences. Chernobyl’s children are a tragic testimony of living death. Being handicapped only because your previous generations were exposed to dangerous levels of radiation is probably nature’s way of telling mankind that what you sow, you shall reap.

11) Every nation seeks to be self sufficient, and rightly so. However, in its haste to prove its self-reliance, the government is hiding a very crucial point. We simply don’t have the raw material needed for our atomic power plants. Uranium is scarce and a rare element found naturally. Dr. Homi Bhaba had a vision of making India self sufficient in power by building nuclear power projects. Although a man of vision, he envisaged a nuclear India based on thorium, not uranium. Thorium is abundantly available in India while scarce uranium can only be procured from friendly nations at a huge diplomatic and political cost. Although thorium reserves exist in plenty, the first reactor will come up only in 2016 at the earliest. Even this form of atomic energy has its own problems but in the 1950s and 60s thorium was considered absolutely safe.

12) India refuses to change its mindset with regards to atomic energy and equates it to “national pride” when actually the truth is that even at Kudankulam and Jaitapur, foreigners are doing all the work. Russians at the former and the French at the latter. Where is the national pride in doing a copy+paste job?

13) The ‘super secret’ nuclear technology is a thing of the past. And people have realized that the only thing atomic energy achieves is to boil water, nothing more, nothing less, except at the astronomical cost of constructing, running, maintaining and dismantling them.

In the process, the irreversible damage to man, nature, environment and the future is accepted as a “small price to pay for development.” When one looks at it rationally, it is actually a “huge price paid for questionable development.”

14) The western countries are concerned with Iranian and North Korean plans of building nuclear facilities, apparently of “peaceful” purposes. The developed nations are concerned because they know the real reasons! Uranium enrichment done in the name of peaceful activity is clandestinely diverted to developing nuclear weapons.  Most experts believe both India and Pakistan are doing this and are running scared of the consequences. A tiny suitcase sized atomic bomb can wipe out a country of any meaningful size – many times over.

This is not paranoia. This is believed to have happened when the erstwhile Soviet Union broke up. The Russians spent a huge amount on recovering some of these lost/stolen “dirty bombs,” but have certainly not accounted for all of them. Does a nation factor in a situation of anarchy or civil war in which its people throw over a rogue dictator? And what if that rogue decided to “sell” or “barter” this destructive knowledge?

15) The threat of terrorists attacking nuclear installations is a clear and present danger. Just last month, an activist flew a small airplane over a French nuclear reactor and dropped a series of flares to send a message that nuclear safety is a myth. Breaches of this type have been done at various installations across the world. Ironically, leaders of the “most powerful nuclear nations” recently conducted a high level summit where they congratulated themselves on their nuclear safety!

16) The use of atomic energy for energy security has dissolved lately with so many industrialized nations either reducing or shelving nuclear energy programs. At least they have admitted that renewable energy is a workable alternative. While earlier there were cost concerns and problems with dependable supply, newer research in solar and wind power have taken care of them. Additionally, the new “smart grids” ensure reliable power on tap.